I have several pamphlets from Palestine around the time of the founding of the State of Israel.  This one is unusual because it was printed in English along with the customary Hebrew.  There is nothing Earth-shattering about this pamphlet but some may find it interesting from a historical perspective and, since it is rather short, here it is: 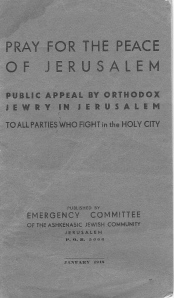 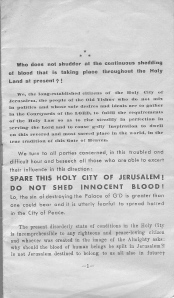 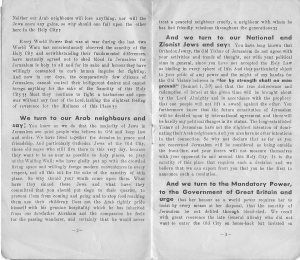 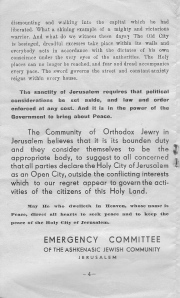 I am a paleolibertarian Jew who is also a race-realist. My opinions are often out of the mainstream and often considered "odd" but are they incorrect? Feel free to set me right if you believe so!
View all posts by jewamongyou →
This entry was posted in Jewish stuff and Israel. Bookmark the permalink.

1 Response to Just an interesting pamphlet