Once a government institution/agency gets started, it’s almost impossible to eliminate it. This is because people end up working for such institutions; their livelihood ends up depending on them. Not only the livelihood of actual employees of such institutions, but the livelihood of many private companies end up depending on these institutions. Consider how many people earn their living by manufacturing products, doing research, or providing services, for the Department of Defense for example. The Department of Defense, of course, ensures its own job security by making war. These dependent economies form special interest groups that will not allow the source of their livelihood to disappear.

Government agencies, whose purpose was to combat poverty, have actually subsidized poverty and made it more widespread (depending on one’s definition of “poverty” of course). Government agencies, whose function is to reduce the sale and consumption of illicit drugs, have probably made matters worse and much more dangerous. Thanks to them, illegal drug prices have sky-rocketed, causing this trade to be rife with bloodshed.

In 1986, Jeanne Clery was raped and murdered in her dorm room by a “fellow student” Joseph Henry. 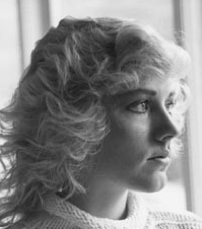 The Clery family lost their beautiful daughter, and they joined forces with other crime victims to create the Jeanne Clery Act. Did Jeanne’s school, the University of Pennsylvania, have an affirmative action program in 1986 whereby criminals such as Henry could find their way in and prey upon young women there? The answer to this question is most certainly “yes”. But to point this out would have been “racist”, so instead we now have a new federal bureaucracy. A bureaucracy that owes its existence to continued crime and violence in institutions of higher learning.

According to Keoni Galt, in The Spearhead, certain people stand to gain from ongoing rapes in universities*:

Do you fully understand the role the Federal Government plays in using tax dollars to fund the creation of so many of the problems we currently face today in our BraveNewWorldOrder? It is carried out under the noble sounding name of “Federal Grant Funding.”

For our first example, here’s the case of Jennifer Beeman, the former director of the Campus Violence Prevention Program at University of California – Davis.

The University of California, Davis, has determined that it significantly over-reported the number of forcible sex offenses that were committed on and around campus in 2005, 2006 and 2007, based on an internal review and an independent, outside review of the crime statistics it reports annually to the federal government under the Clery Act.

Based on the internal and external reviews, UC Davis has determined that the former director of its Campus Violence Prevention Program, Jennifer Beeman, was responsible for the inflated numbers of reported forcible sex offenses in 2005, 2006 and 2007.

Now why do you think Jennifer Beeman would do such a thing? These federal funds are granted on the basis of the number of reported sex crimes. With the funding levels directly tied to the amount of crimes reported, this lady was able to fund her department…which of course included paying her own salary.

I have been unable to find evidence that schools get more money, directly from the federal government, if they report more rapes. However, the Clery Act does allow for a certain number of grants. For example:

Since it’s unlikely that every college and university qualifies for this grant, we can surmise that it is allocated according to need. The PDF application form for this grant does not specifically state that the applicant must already have problems with sexual assault, but it seems to be implied. After all, the title of the application is “OVW Grants to Reduce Sexual Assault, Domestic Violence, Dating Violence, and Stalking on Campus Program“. Obviously, if there’s no problem to begin with, it would seem rather silly to apply for a grant to reduce it. So Galt’s words have the ring of truth.

Are those who make a living off of rape the same people who continually agitate for more black males on campus? I don’t think it would be too far-fetched to say that they know what they are doing. They do have brains. If only they had hearts as well.

* While it’s true that Galt deals with over-reporting, encouraging the real thing would have the same results.

I am a paleolibertarian Jew who is also a race-realist. My opinions are often out of the mainstream and often considered "odd" but are they incorrect? Feel free to set me right if you believe so!
View all posts by jewamongyou →
This entry was posted in crime and violence, shenanigans of the Left and of non-white activists. Bookmark the permalink.