One of two people hit by a man who drove his car onto a closed Seattle freeway and into a crowd protesting police brutality has died.

Taylor and Diaz Love, 32, of Portland, Oregon, were hit by the car that barreled through a panicked crowd of protesters on Interstate 5 early Saturday morning, officials said.

Citizens pay taxes so that we may use highways for their intended purpose. We understand that once in a while, these highways must be shut down for maintenance, or for the occasional event. The article points out, regarding that stretch of I-5*,  that…

Protesters had shut down the interstate for 19 days in a row, Mead said at a press conference.

One of two people hit by a man who drove his car onto a closed Seattle freeway and into a crowd protesting police brutality has died.

… the implication being that the freeway was lawfully closed. Yes, we must read the entire article before we learn that the “protesters” were, in fact, criminals. Now that somebody has died, authorities have vowed to finally do their jobs, and prohibit rioters from closing the freeway.

What about hate-crime charges against the driver? Well… that’s problematic. You see, the driver is a black African: 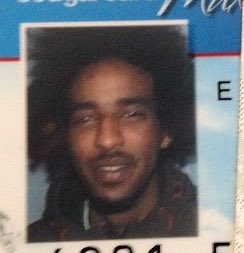 Judging by his name, Dawit Kelete, he’s from Ethiopia or Eritrea – doing the jobs Americans won’t do.

What about the victim? She was a “non-binary” person herself, Summer Taylor: 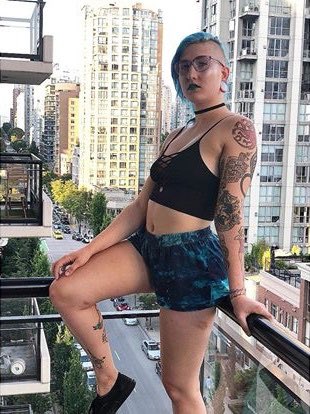 Oh, what a complicated world our progressive rulers have created for us! An ironic one too. Don’t expect this news story to remain on the headlines very long; it will be swept into the Memory Hole. As a matter of fact, the Yahoo article, quoted above, is from the Associated Press, but I couldn’t find it there.

Finally, a hat tip to Andy Ngo, who dug up the above photos for us. Here’s the Twitter thread. Enjoy! 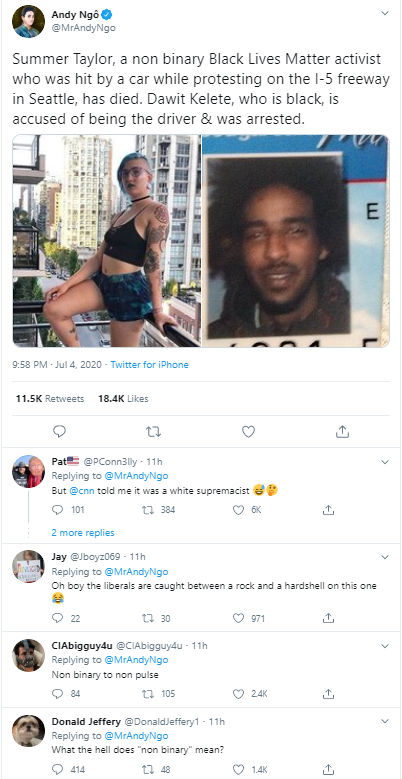 *Edit: I-5 is the major lifeline of the West Coast; shutting it down has major implications.

I am a paleolibertarian Jew who is also a race-realist. My opinions are often out of the mainstream and often considered "odd" but are they incorrect? Feel free to set me right if you believe so!
View all posts by jewamongyou →
This entry was posted in Africa and blacks, immigration/ Hispanics, shenanigans of the Left and of non-white activists and tagged BLM protester killed, Dawit Kelete, I-5 closed, non-binary person killed, protester run over, protesters hit on Seattle highway, Summer Taylor. Bookmark the permalink.